Today I am posting an article by Monnica T. Williams, Ph.D., ABPP who is a licensed clinical psychologist and associate professor at the University of Ottawa in the School of Psychology, where she is the Canada Research Chair for Mental Health Disparities. Dr. Williams has published over 100 book chapters and peer-reviewed articles focused on anxiety-related disorders and cultural differences. She has served on boards nationwide including the Delaware Valley Association of Black Psychologists, the National Alliance on Mental Illness (NAMI) Main Line chapter, NAMI Louisville, and the OC Foundation of California.

Dr. Williams powerfully discusses the ways in which privilege and discomfort keep white people oblivious to racial injustice in America. This is important because I think that this moment in history requires white people to educate themselves about the black experience of racism in order to become better allies.

In response to my article, Colorblind Ideology Is a Form of Racism, I was recently asked, “What does an African American want?”

The reader wonders how Black and White people can understand each other, live together in harmony, and promote well-being. I share a few of the main points below.

“How can a White person understand and give due recognition to the Blackness of a Black person unless that person reveals a fair amount of information about him/herself to the White person? Should White people request this, or just wait for it to emerge when the Black person chooses?”

These are good questions that many well-meaning people simply don’t know how to approach. How do we connect to our fellow human beings who are from different ethnic/racial groups and cultural traditions?

This is particularly difficult when there are over 200 years of oppression between groups and prominent inequities remain. Without launching into a history lesson, I think it’s safe to say that there are many reasons for discomfort on both sides.

One result is that most White people do not understand the African American experience. Yet, making an authentic connection with another person means understanding, empathizing, and being able to see the world through their eyes.

Why are so many White people oblivious to the Black experience?

If you are a White person, it can be hard to imagine that your neighbor, coworker, or friend of color is living a completely different experience simply by virtue of their race. Why don’t they tell you how their lives differ?

Well, let me give an illustration from my own experience. I am from Northern California, a cultural cornucopia, where I grew up with a large number of people with origins from all over the world. As such, I love to study multicultural issues. I write about them, both for the public and the scientific community. I teach about multiculturalism for undergraduates, graduate students, and professionals. My family is multicultural, and I am raising multicultural kids.

But when I’m at a social event, hanging out with friends and coworkers, kicking back a few beers, do I talk about multiculturalism, race, or any of that stuff? What can I share? It’s not all piñatas and Black History festivals.

Do I mention that I got stuck on the hiring committee because the dean says it needs a Black person? Do I tell them about how I can’t find a dermatologist who knows a thing or two about brown skin? Do I share my most recent experience of discrimination when I was at a restaurant with my family? Heck, no!

Let’s face it, talking about racial issues makes a lot of White people, well… uncomfortable. Try it. I have. Some nod politely, some bristle, some change the subject, some launch into a disconnected political rant, and others just stand in stunned silence.

We African Americans learn early that race is not the kind of thing we can chat about with just anyone. The message we typically receive is that White people don’t want to hear it.

And the other part of this is that racism hurts. As much as I want to pretend all the angry racist hate mail that I get just rolls off my back, no one wants to be reviled. In fact, racism can be traumatic (Carter, 2007). And it hurts doubly so when those around you refuse to acknowledge it. I don’t want other people to discount my experiences or tell me I am being too sensitive, so I just keep it to myself. It feels way too dangerous to just open up. So if you are a White person patiently waiting for a Black person to spontaneously share their experience, you may be waiting a long time.

“Don’t Black people know how anxious their sensitivity makes well-meaning Whites, and how tempting it is for Whites to just avoid trouble by keeping a Black person at a social distance?”

Years ago, I read an interesting article that I never forgot because it made so much sense. It was about a phenomenon that the authors termed “Ethnocultural Allodynia” (Comas-Dias & Jacobsen, 2001). In medicine, allodynia refers to exaggerated pain sensitivity in response to a relatively benign stimulus, which results from previous exposures to painful stimuli.

Comas-Dias and Jacobsen (2001) argue that people of color have an analogous experience, as race-related emotional injuries cause serious changes to one’s sense of self, altering how people of color relate to others through an increased sensitivity to loss.

Is it just a case of oversensitivity?

Think of it this way, if someone punches me in the arm several times, it is going to leave a pretty painful and large bruise. So if someone else were to lightly tap my arm after it’s been beaten and bruised, I might have an extreme reaction.

If my sleeve was covering this enormous bruise, the other person might have no idea why I yelped in pain. In fact, it could be argued that I was “oversensitive” to their harmless slight touch. And in fact, saying “you’re too sensitive” ends up causing even more distress, as it tells me that I shouldn’t feel hurt after all those punches.

But for the most part, when I encounter racial slights, I hold in my reactions and stifle the pain. No one is going to know that I’m hurting. This is because if I show any negative emotional reaction, I risk being called something even worse than oversensitive. I become the dreaded Angry Black Woman (ABW).

Trust me – just about no African American female wants to be the Angry Black Woman. She is a hateful, emasculating, ill-tempered creature, often shown with her hands on her hips and her head thrown back. She lets everyone know she is in charge.

This stereotype comes, in part, from a character named Sapphire from a popular 1940s show called Amos ‘n’ Andy, where Sapphire was the exact opposite of the feminine cultural norm of the day. She was considered deserving of any bad thing that happened to her because she was such a loud-mouthed complainer and nag.article continues after advertisement

Hence, African American women who are deemed “angry” are likewise seen as mean and deserving of bad treatment. This archetype is now advanced as a social control mechanism to punish Black women who resist societal pressure to be passive, servile, non-threatening, and invisible (Pilgrim, 2008). They get stuck with the reviled Angry Black Woman label if they speak up for themselves. 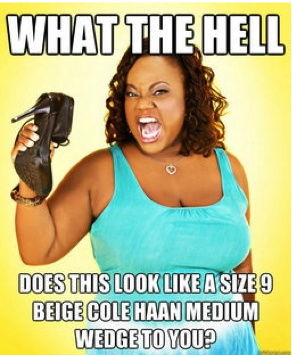 All that is to say, I think most Black people are holding in much more pain than they are letting out. If I broke down and cried after every racial slight, I’d be a pretty non-functional basket case.

In fact, research shows that the vast majority of African Americans still experience plenty of discrimination and at great personal cost, both mentally and physically (Clark, Clark & Williams, 1999; Cokley, Hall-Clark, & Hicks, 2011). Black people in America have had to develop a thick skin.

So don’t tell me not to be sensitive. I actually wish I had that luxury, but I don’t. When I get upset over how I’m treated, not too many White people are going to put their arms around me and say, “There, there, I feel your pain.” I just get labeled as oversensitive or as the despicable ABW, which warns White people to keep their distance. So by necessity, I have a small and trusted network of confidantes — people who will listen to me vent so I can be normal around everyone else. (And by “normal,” do I mean passive, servile, non-threatening, and invisible? Hmm.)

This brings me back to the first point. How can a White person really understand? Social distance is clearly not the answer as it only perpetuates this broken system of pain, suspicion, and withdrawal.

The good news is that it’s not mission impossible. Black and White people can learn to understand each other with patience, effort, and care. It’s not easy, but it’s worth it.

So, what does an African American want? 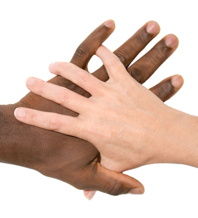 I offer a webinar for therapists on understanding and connecting with African American clients (6 CEUs).

About the Author
Monnica Williams, Ph.D., ABPP, is a licensed clinical psychologist and associate professor at the University of Ottawa in the School of Psychology, where she is the Canada Research Chair for Mental Health Disparities.
Online: Dr. Williams at University of Ottawa, Twitter, Facebook, LinkedIn